Functionally speaking there is no difference between a "Team" and a "Group", however the one difference that does exist is the ability to manage access of a team. This means that you can control which individuals or coaches have access to your team’s data. For example, the Director of Athletic Performance may have access to all 16 of the team's data within the organization (i.e. football, basketball, baseball, hockey, etc.). Whereas, the Head Men’s Hockey Strength and Conditioning coach may only have access to the men’s hockey team's data (i.e. they cannot view data from another team within the same organization or school).

The main advantage of separating teams is that data can be managed accordingly and kept private. 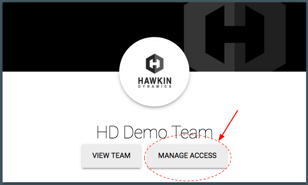 The Hawkin Dynamics “Team” feature allows you to create multiple teams of athletes to organize your data. For example, Hawkin University might use the force plates for the entire athletic performance department. Therefore, they may have 16 different teams jumping on the force plates. In order to keep the data separate users can add different teams such as Football, Basketball, Hockey, Track & Field, Baseball, Softball, etc.

To add a new team simply click on the plus icon in the top left box on the home page.

Other possible team options are shown below:

Another option that users can take advantage of is the “Groups” feature. This allows users to place athletes into a group(s) that can be used to compare data between members of that same group. Athletes can also be made apart of one group or multiple groups. For example, Chris might be apart of the group “point guards” and also “pre-seasoning training”. This allows the manager to compare Chris against all other point guards and/or all other athletes testing pre-season. 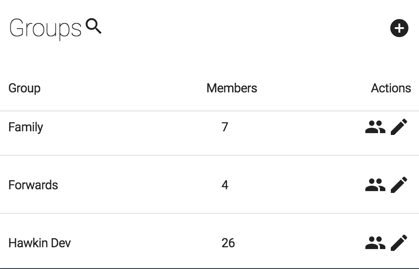 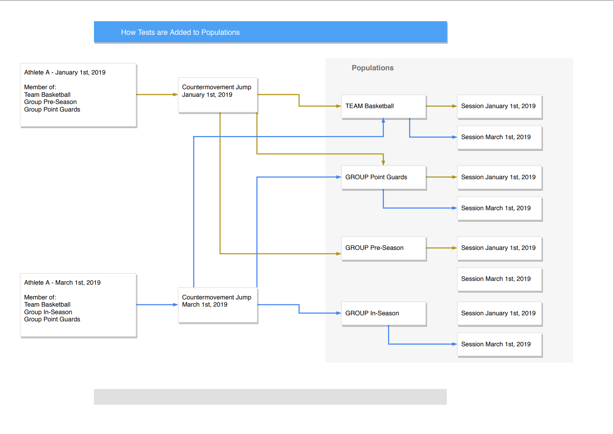 RSI is useful for understand how reactive an athlete is. RSI is calculated by dividing flight-time by contact time and is expressed as a ratio.

Exporting Data from the Hawkin Cloud