What are Groups in the Hawkin Software?

What are Groups in the Hawkin Software?

A group is a way to narrow in the population for data aggregation & visualization.

Here's an example of this workflow in a university setting:

The Organization is the name of the school (i.e. Hawkin University).

The Group(s) are Forwards, Mids, Bigs, Guards, etc., and are paired with a Team in settings in the case that multiple sports have similar position names.

The Individual Athletes are then paired with a Team and a Group(s) in settings.

Figure 1: Top down workflow of populations in the HD Software.

There are no limited on the number of teams, groups, or athletes you can have in the HD System. You can also give unlimited user logins to your organization (i.e. strength & conditioning coaches, physical therapist, athletic trainers, athletes, etc).

Groups are entirely customizable. Common examples of Groups that users frequently use are:

Figure 2: The Dashboard on the Hawkin Cloud Software.

Drilling Down on Populations

Our development team did a really nice job building the new cloud (Summer 2021). My favorite part is the speed at which you can "drill down" on the data. For example, start at the team level in the top left (Figure 2).

Next, select the Analyze tab and Trend Report below. Assuming you have a report template built, view the trend for those metrics at the team level. Now that you've assessed the Team trend, drill down to the Group level.

Click the "Groups" tab in the top left, select "Guards" and view the trend. Now select "Bigs" and repeat. Flip back and forth comparing the difference between the two positions.

The final drill down is at the athlete level. For example, you might see that the Bigs have been improving their Jump Momentum over the course of the pre-season, but the Guards have not. Click the "Athletes" tab in the top left, filter it by group (i.e. Guards) and view each individual athlete that makes up the Guards group. At this point, you can assess if there is one athlete pulling the trend down, or if the group as a whole is tanking. You now have painted the entire picture, and can create an action plan. 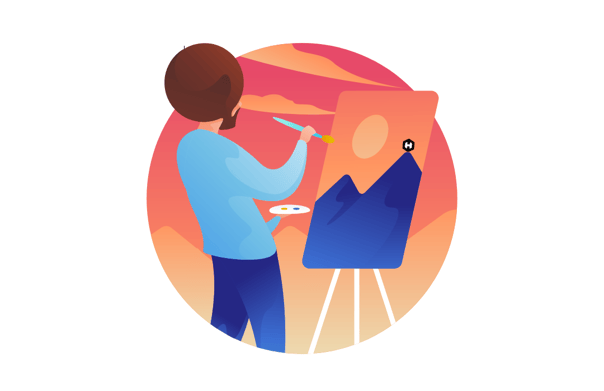 Exporting Data from the Hawkin Cloud

Welcome to the first of a series of Ten Question Tuesday brought to you by Hawkin Dynamics.