More on what drives CMJ performance 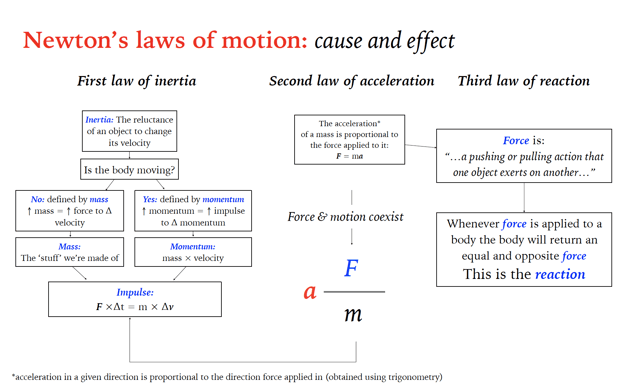 So, two articles in and we’re practically force assessment experts. However, it probably won’t surprise you to learn that there are other things we can consider.

For example, in the last article I introduced the concept of jump strategy, by showing the different ways that the same impulse (the mechanical driver of movement) can be applied.

In the example I presented (which was thoroughly unrealistic because I can’t jump 35 cm let alone 55 cm), I showed how much impulse I’d need to apply during the ‘propulsion’ phase (287 Ns at my current body mass of 87 kg) to jump 55 cm.

The really cool thing about this is that I could achieve this by applying 1,435 N over 200 ms, 1,148 N over 250 ms, or 574 N over 500 ms. Using these different strategies could have significant implications for sports performance as can understanding what differences in performance like these might reflect from an athlete neuromuscular capacity perspective.

CMJ testing can be a simple and powerful tool to monitor readiness in athletes.

What I’d like to do with this article is to introduce you to what I (and many others) consider to be important factors that contribute to CMJ performance. It should be noted that this list is by no means exhaustive, but in a world where we can generate literally hundreds of CMJ related metrics in mere seconds some clarity is needed.

Now, if you’ve ever been lucky enough to see John McMahon give a talk on this sort of thing you’ll know that he contextualizes this kind of thing incredibly well for practical application. I’m lucky enough to call John and friend and collaborator and we’ve often discussed whether CMJ performance can be described effectively with a handful of force measurement system-derived metrics. Highly suggest giving John a twitter follow as you'll find a ton of practical information in the content he posts!

Here’s a list of the most common metrics we’ve discussed with a brief explanation of what they provide. The image below is a helpful refresher on the different phases of the countermovement jump:

1. Jump height: so, this is a fairly obvious one, but one that is often maligned. We know that it might not necessarily be the best indicator of lower-body power (as it was for a long time – mainly for ease, and that’s totally understandable) (see this paper for a bit more about this), but it can still be incredibly useful, particularly for athletes who’s sport often sees this kind of task performed. As for a definition, this one has a fairly simple one which can be summarized as ‘how far the jumper moves vertically from the ground’

2. Countermovement depth: this metric describes ‘the depth to which the jumper squats during the countermovement’. Fairly obvious perhaps, but this can provide a really useful indication about the jumper’s strategy because it has been suggested that those who squat deeper tend to be better jumpers.

One problem with this can be that typically squatting deeper will take longer, which is not good if part of your sport sees you regularly trying to evade been nailed by the opposition.

However, if you can perform a deeper squat in an appropriate time, your movement velocity will be greater. This, in turn will mean that the force at the beginning of the propulsion phase will be higher. This has been proposed to be one of the main benefits of using the stretch-shortening cycle in this kind of task and provides a good indication of ‘intensity’.

It should be noted, though, that research has shown that the best squat depth tends to be the one selected by the jumper. This doesn’t mean that it can’t or shouldn’t be modified/coached though.

Therefore, ‘propulsion mean force’ is the average force that is applied during this phase – how hard the jumper pushes into the ground (the ground then pushing back as per Newton’s third law of motion) to propel themselves from it.

Perhaps obviously, we can use this information to get a better idea of how effective their jump strategy is, particularly when considered in combination with propulsion duration (see below).

We can also then relate this to their absolute strength, by relating this to either the one repetition maximum of an appropriate lower-body resistance exercise (say, the back squat) or something like the isometric mid-thigh pull (article on this to come soon).

4. Propulsion duration: this is another fairly obvious variable that kind of defines itself. It is, of course, how long the jumper pushes against the ground for during the propulsion phase. If we think back to what I discussed in the last article (and at the beginning of this one), we can think about how force and time interact.

If we subtract the jumper’s weight (in newtons) from phase mean force and then multiply it by phase duration we get the impulse applied during the phase of interest. Remember that if we divide this by the jumper’s body mass (in kg) we get the velocity at the end of that phase and when we’re considering the propulsion phase this will be take-off velocity from which jump height can be calculated.

Most importantly however is that we can use this to see how long our jumper takes to apply force during given phases and this is powerful because it can give us a really good idea of the effect of training /competition/injury and can help us identify areas that need to be worked on (force-centric or velocity-centric training).

5. Time to take-off: now, like how we combined mean propulsion force and duration, we can combine this next metric with jump height to calculate something called the reactive strength index modified (RSImod). Before we get carried away though, time to take-off is how long it takes for the jumper to get from the start of the jump to take-off.

As with the other time-based metric we discussed above, the simplest application of this metric is to simply use it to get a feel for how long our jumper takes to perform this and other movements. For example, from a general perspective we can establish whether they are taking too long to perform the jump or, from a more specific perspective, we can use it to establish whether they’re taking longer than usual (perhaps as a consequence of training/competition/injury.

Additionally, we calculate the RSImod as the ratio between jump height (in meters) and time to take-off. While this metric is not without its critics, it can provide some useful insight into the general jump strategy used to achieve a certain outcome.

For example, jump height may not increase following a period of training. This might ordinarily be considered a failure. However, if the RSImod demonstrates a positive change then this can only be explained by a decrease in the time to take-off. So, while the outcome-based metric (jump height) may not have improved, the time taken to achieve it has. This could have some very useful practical applications, particularly with respect to been able to move faster to help either invade or evade your opposition.

It isn’t that there’s anything necessarily wrong with these metrics, more that I don’t think they add anything over and above what the metrics I’ve discussed (and those that can be derived from them [impulse, RSImod]). Of course, you may disagree, and that’s fine. However, bear in mind, that you’d better have a blooming good reason to want to study those two (or other) metrics over the ones I’ve proposed here.

With this in mind, keep enjoying the study of #squigglylines and remember: don’t overcomplicate this stuff!