What is the TSA Report?

What is the TSA Report?

TSA stands for Total Score of Athleticism. The concept was originally developed by Anthony Turner and colleagues out of Middlesex University (UK) in a paper titled Total Score of Athleticism: Holistic Athlete Profiling to Enhance Decision-Making which was published in the NSCA Strength & Conditioning Journal in December of 2019. In this paper, the researchers make the point that this score is a way to holistically stack athletes up against one another using the inputs you like, and then compile those inputs to give one clean number as the output. This output is the TSA Score. In the Hawkin Dynamics System, your inputs will be a test type and an accompanying metric (i.e. Countermovement Jump & Jump Momentum). You can select 3-7 of these test/metric combinations to compile one complete TSA Score.

A TSA Score can be calculated using both Z-Scores (values -3 to +3) or Scaled Score (values 0-100). Both will tell you the same thing, just presented differently. When using the scaled version the values will be positive only, which some users and coaches prefer. A value of 50 is the mean, a value of 0 is the absolute worst, and a value of 100 is the absolute best. If an athlete obtains a perfect TSA score of 100, that would mean that they are the best in all selected inputs.

Scaled: With the Scaled Score version (as shown below in Figure 1), the athlete that is ranked first is the "best athlete" within the population for the tests/metric combinations you selected. His value is 87.4.

Z-Scores: Presenting the TSA Score as a Z-Score will give you values in the range of -3 to +3. The athlete that is ranked number one will still be number one, however the TSA value will be +3 instead of 87.4, a different way to present the same data. 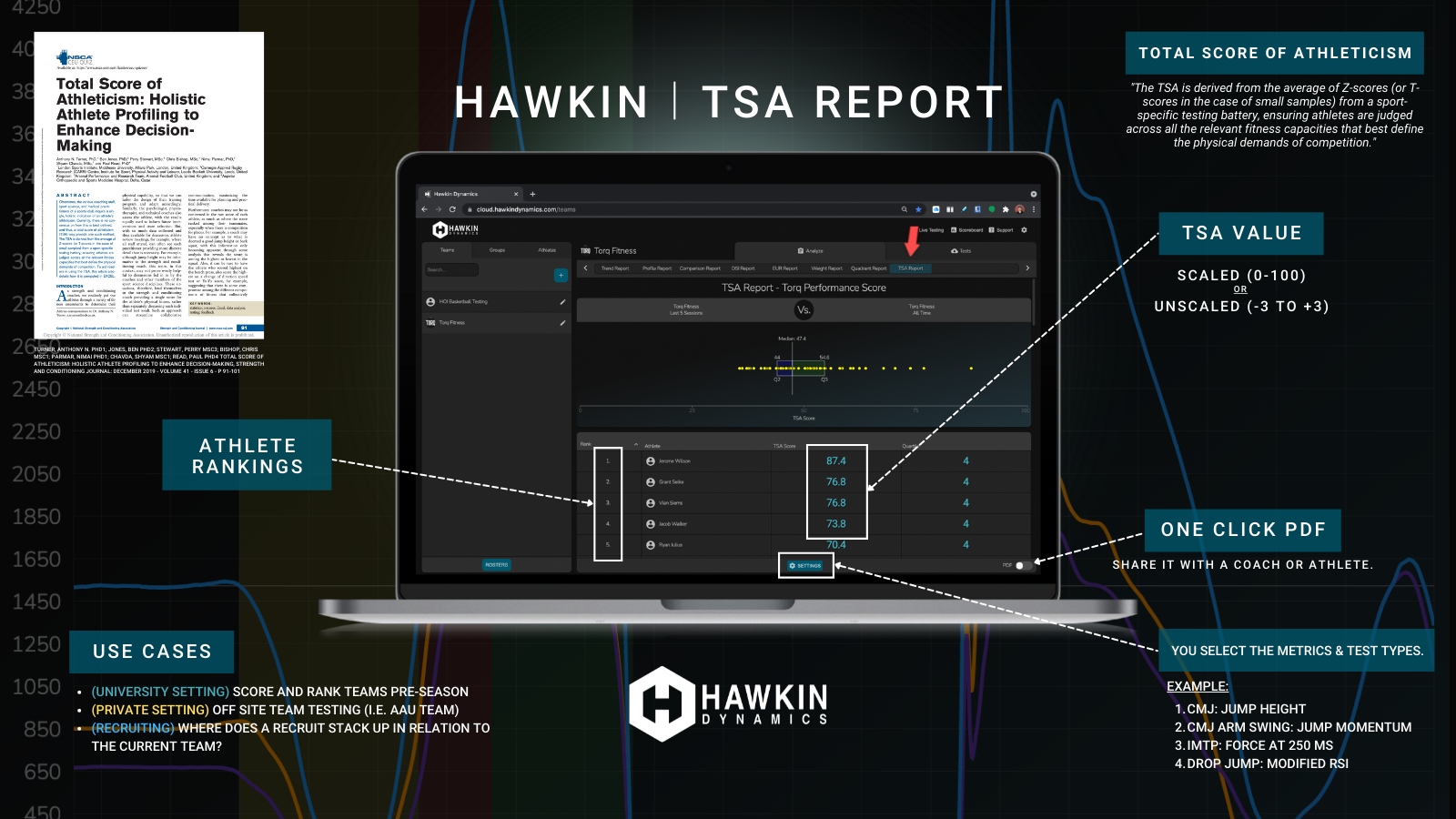 Figure 1: The TSA Report in the Hawkin Dynamics Cloud Software

How is it Calculated?

Which Inputs Should I Use?

The inputs are the test/metric combination that you choose.

You can select between 3-7 combinations. An example combination is Countermovement Jump (i.e. test) and Jump Momentum (i.e. metric). You must select at least 3 combinations for the TSA Score to be calculated. There are no best metrics to use for this report. You should include tests and metrics that fit with the population that you are comparing. For example, a basketball population might include CMJ & Jump Height, CMJ & mRSI, IMTP & Relative Peak Force (BW), IMTP & Force at 250ms, and Drop Jump 30cm & mRSI. These were selected because basketball is a reactive sport, that also requires a level of relative strength so that athlete doesn't get pushed around in the paint. On the contrary, in a sport like Tennis it might not make sense to use the same inputs to compile the TSA Report because there is a much different level of physicality involved. Instead of using the IMTP for Tennis, maybe you use the CMJ Rebound and report back L/R Average Landing Force between the two CMJs, and also mRSI during the second CMJ. Now you have combinations that help tell you something about the athlete in respect to their sport (i.e. Tennis is prevalence of ACL injuries and reactivity in the sport).

For this graph we chose to go with a box & whisker plot. In this plot, athletes are broken up into 4 Quartiles. The athletes that fall into Q3 and Q4 are above the median for the population, and the athletes that fall into Q2 and Q1 are below the median. The top-tier athletes will fall into Q4, and be further to the right. For example in Figure 1 above, one athlete is much further to the right (i.e. outlier). This athlete is much better than the rest of "Torq Fitness" for the selected tests/metrics, and is the best athlete in the organization. If a datapoint was to the far left, this athlete would be significantly worst than the population and limited physically, or has an underlying issue that is limiting the output values.

If you look above at Figure 1, this dataset is right-skewed, meaning more data falls on the left side of the median. The opposite would be true for a left-skew. If the dataset is symmetrical (normally distributed) the box plot would fall in the center of the graph. Figure 2 below shows these. 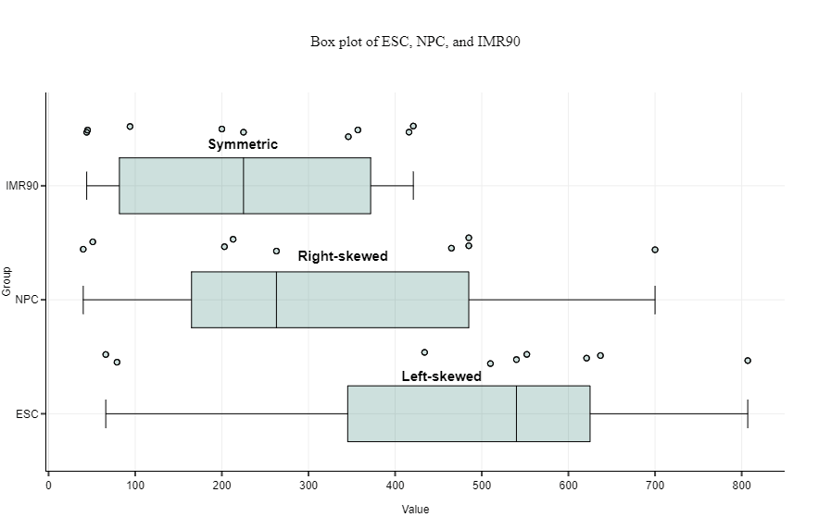 When Would You Use The TSA Report?

Some common use cases for the TSA Report are: 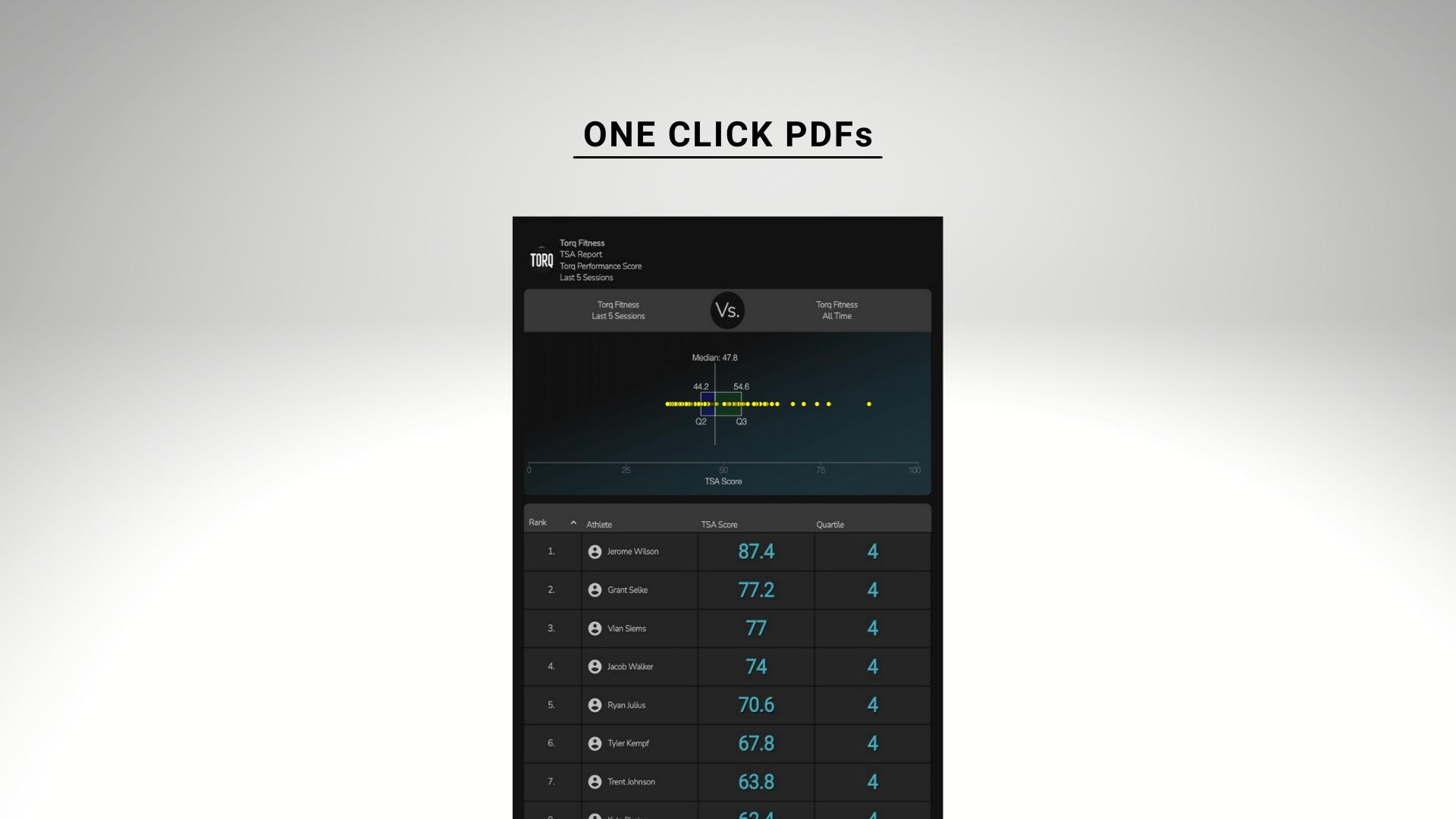 The TSA Report is not an end-all-be-all report. However, it is an easy way to compile a clean number to label athletes against one another. By selecting tests and metric combinations that help explain multiple qualities of the sport and position, your TSA Report will become more robust. In the Hawkin Cloud, there are other ways that you can profile, such as the Quadrant Report and Profile Report (i.e. Radar Chart). Choose the option that makes the most sense for you, the people you work with, and the logistics of your organization.

Contact us below and one of our sport scientist will reach out!

How to use the HD Mobile App for Readiness Monitoring.