Watch Dr. Paul Comfort talk about the IMTP on YouTube here. The isometric mid-thigh pull (IMTP) is an assessment of an ...

One of the most researched metrics during the IMTP is Rate of Force Development (RFD). RFD takes into account the time it takes for an athlete to develop peak force. The ability to develop peak force rapidly is a highly sought after physical quality in all sports. Typically, the athlete that can develop more force faster will have be the better athlete. 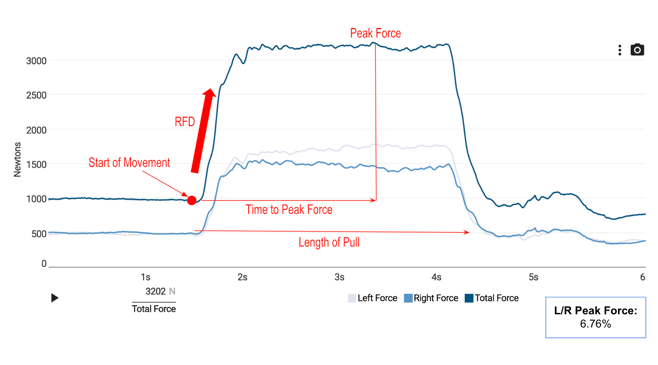 Setting up the force plates for IMTP

On the Force Plates - Beginning the IMTP

It is important to overemphasize pushing into the ground instead of pulling up on the bar, as research has showed this to be most effective.

After the athlete has performed the test it is time to analyze the force-time curves. Ensure that the athlete’s system weight during the quiet period is consistent with previous IMTP system weight.

The Hawkin Dynamics software allows the practitioner to view and analyze 16 metrics.

The figure below is an example of what the IMTP force-time curve will look like:

IMTP in the Squat Rack

Best practice would be to use a machine made specifically for the IMTP. However, the IMTP can also be completed using a squat rack. In the rack the hooks or pins can be adjusted for the proper height of the the athlete’s lower limbs. The athlete will then step onto the force plate and perform an overcoming isometric contraction into the hooks or pins. A sample video can be found here. 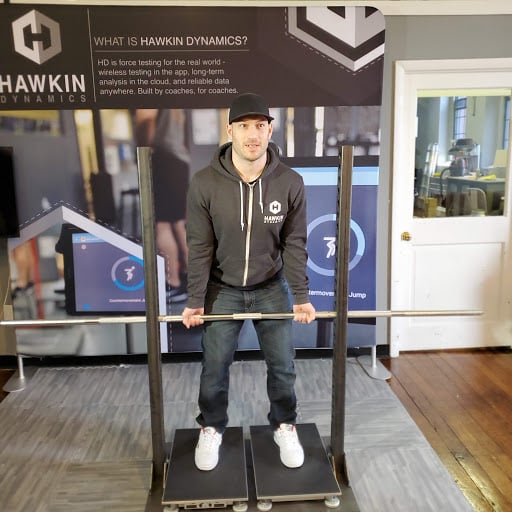 If an athlete produces a force-time curve that looks like this, best practice is to rid the test and have the athlete complete another trial.