The Countermovement Jump is an excellent movement for evaluating athletes in several scenarios. Not only is it easy to ...

The Countermovement Jump is an excellent movement for evaluating athletes in several scenarios. Not only is it easy to measure, but athletes from almost every sport incorporate CMJ mechanics—either fully or partially—in training and competition. 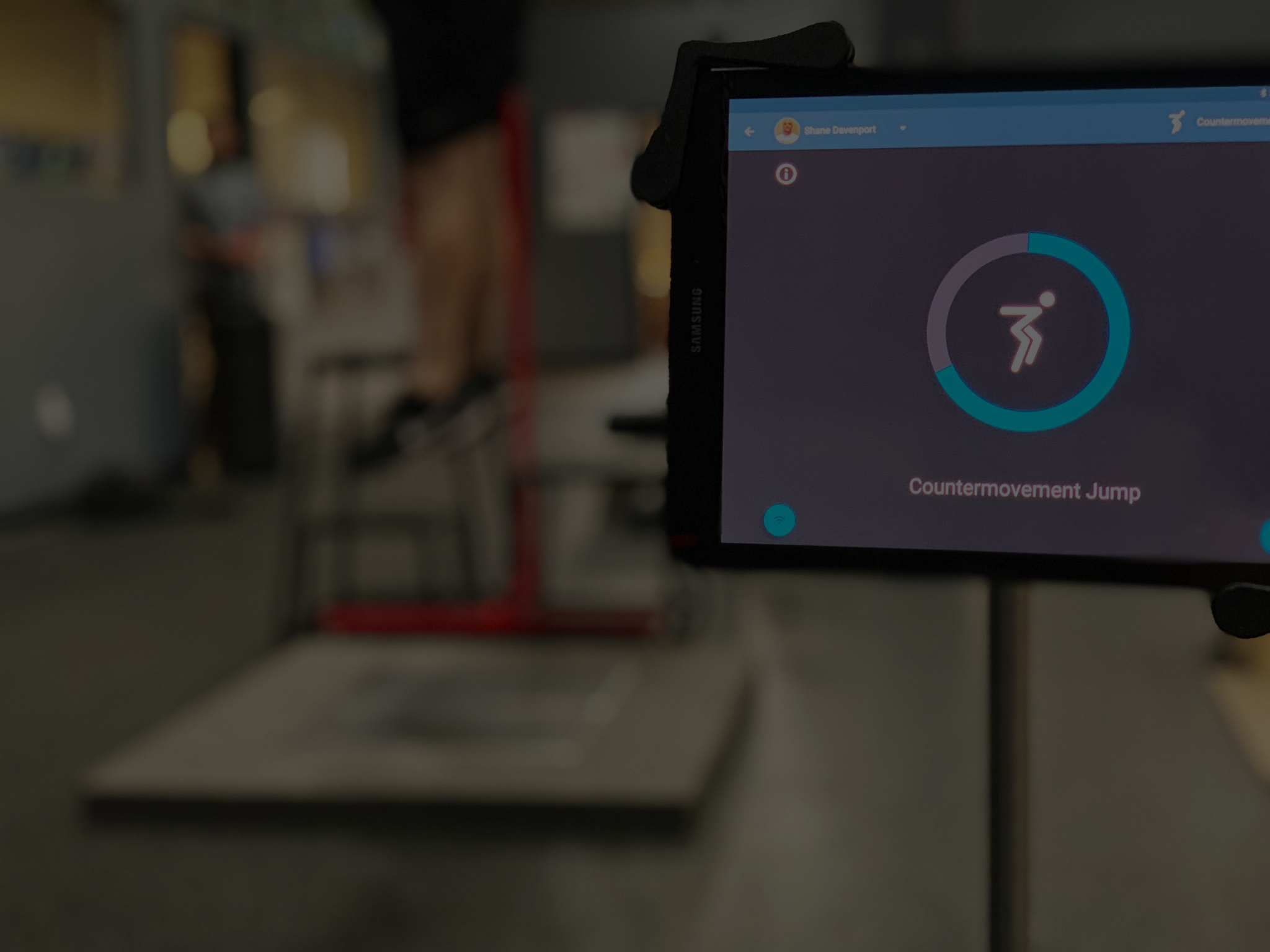 The CMJ includes both performance metrics and descriptive indicators—i.e. both how high an athlete jumped (performance) and how he or she achieved that performance(descriptive). Basically, we’re looking at the outcome of the test in addition to a “story” about the athlete’s movement pattern. Was the athlete quick? Slow but powerful? Shallow or deep? There are several different insights we can glean from not only how high an athlete jumped, but also how he or she got there. 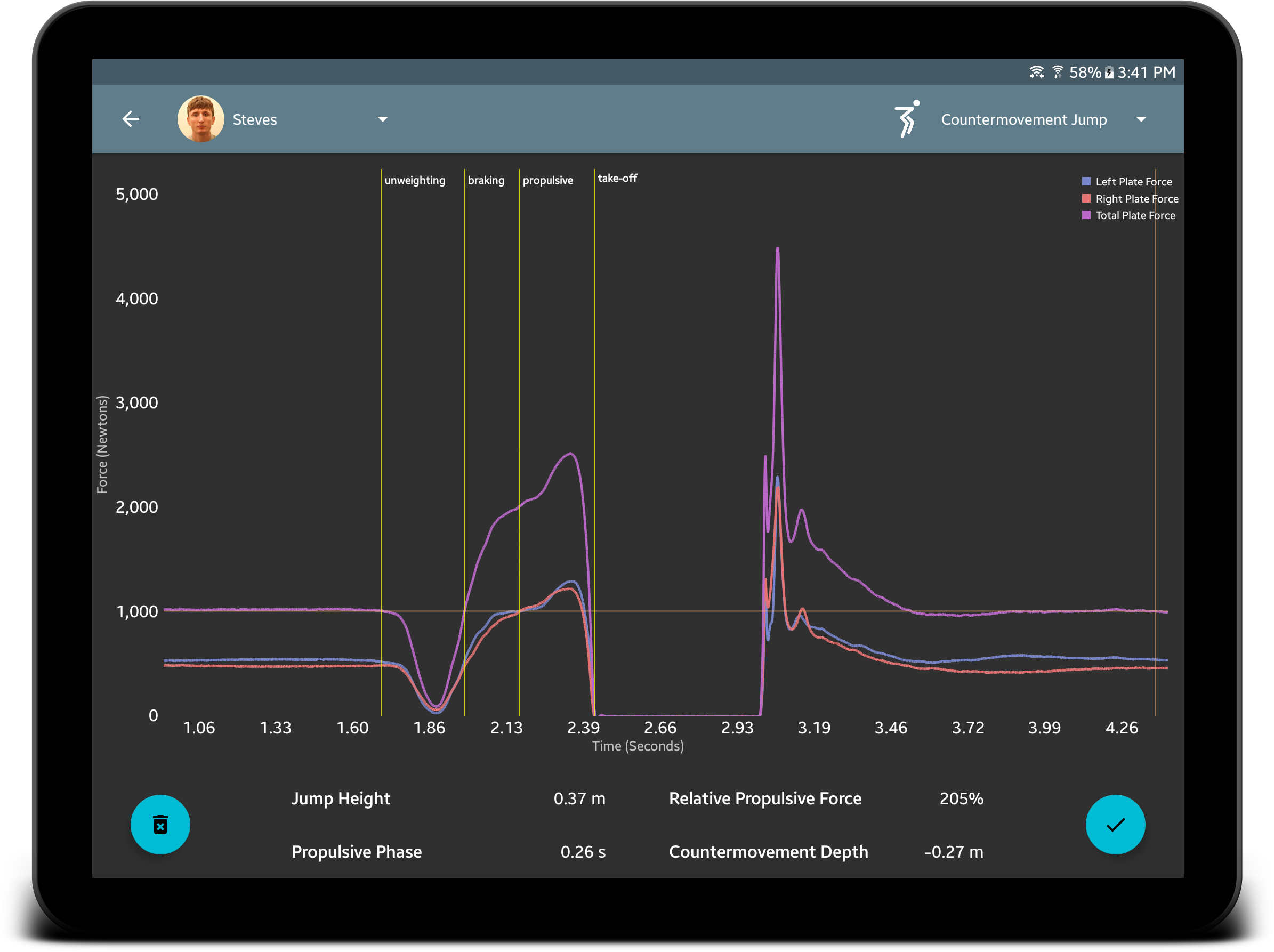 The CMJ test protocol for the athlete is simple:

Phases of the CMJ

A standard countermovement jump is comprised of 6 key sections.

A useful force analysis solution will include metrics on all phases of the movement. Typically it is useful to look at common measures like power (mean power, peak power) during the different phases, force (mean force, peak force) during each phase, and impulse (force*time) of both the braking and propulsive phases. In addition we can look at the rate-of-force-development during specific phases, and landing metrics as well.

Keep in mind that this is only an introduction - there are several great publications that can help with understanding different approaches to measuring countermovement jumps. A few are listed below:

An overview and description of our countermovement jump test metrics.

This article outlines two of the key factors that can influence data quality from repeated jumps and noisy quiet phase. Key phases of the...